Holidays and Birthdays Oh My

My favorite holiday of the year and the birthday of one of my favorite people in the world. What a great weekend ahead!

Noah wanted a birthday party with friends from school this year but it just didn't seem very possible, so we compromised a bit.

Tonight he will have his very first sleepover with a friend. The little neighbor boy will be coming over this afternoon and spending the night. I asked Noah what he wanted for his birthday sleepover and he said he wanted root beer floats. At least he's easy to please. Since Steve will be working late, I will probably take the three boys either to dinner at Noodles or Playworld before we come home for root beer floats. Noah is very excited and Aaron is quite upset. Unfortunately, that's part of being the little brother sometimes. He'll get his turn.

Then, after a low key Saturday to make up for the sleep deprivation that will probably result from the sleepover, we will be going to to the beach will all of the cousins and then back to my parents for a little birthday celebration for Noah on Sunday, the Fourth of July. I am really looking forward to playing at the beach with all of the cousins. The kids all love each other so much and I look forward to seeing them all play together. I imagine the beach will be a mad house, with both Fourth of July vacationers and the forecasted NINETY DEGREE weather, but I actually like the beach better when there are more kids.

Not sure if or where we will watch fireworks on the fourth though. I know it sounds strange but after a busy day at the beach and with tons of cousins, we just may want to crash. It's okay though because the city where we usually go to fireworks with my friends and their kids is holding their fireworks on the 5th (Monday) so while Steve's at work that day (getting ready for his vacation from work the rest of the week), Deb and I will take our kids to the traditional fireworks show that day.

The rest of the week has a big happy question mark. My niece and nephews will be staying with my parents all week, as will my SIL the second half of the week. I am sure we will have lots of fun adventures.

In addition, the ONLY thing Steve really wants to do is go to Michigan Adventure. It's a huge amusement park nearby. We've never gone with the kids and I was hoping to put it off for a few more years. But, really, the poor man has been working his tail off, almost 60 hours a week for almost two months. So, after I have been blowing through all of the extra money he's bringing home just to try to get bills caught up, he should at least get the one thing that he WANTS with the money he's been working so hard for. I think it will be a fun day except for one thing. Somehow, Steve's mother got herself invited along. We will just make the best of it.

The week will also hold a baby shower for my step brother who will be having twins in September, Noah performing his first volunteer duty as a Bear Cub Scout, and a family scout outing next weekend.

It's going to be a crazy weekend and week. I am sure I will have a bazillion pictures to sort through for you.

But for now, here's a little shout out to my Baby Boy who's turning 8 on Sunday 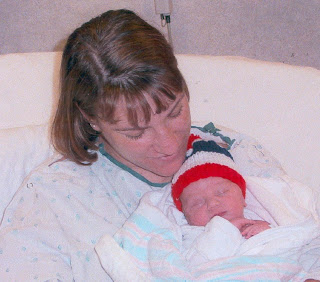 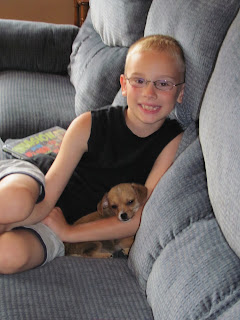 I'm still at a loss a bit with nothing planned for the weekend itself - it's kind of nice in a way but kind of depressing in another. Ron will have worked 13 days in a row by Sunday so doesn't want to do anything much for the 4th. I guess I can understand that, but still... I'm looking forward to hanging out with you and the boys on Monday!