Not sure when today became a "holiday" in elementary schools, but Noah was more excited to go to school today than he was on the day of Valentines or Christmas party. Can you guess what day it is? Here's a hint... 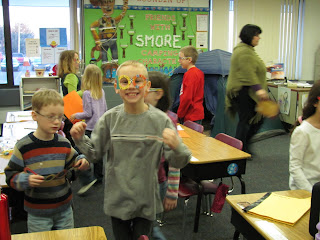 He was so excited about 100's day. I think it helped that his teacher REALLY pumped it up, promising surprises all day. He must have counted his 100 legos at least a dozen times this week and packed them carefully in a suitcase of sorts to present to his class.


I'm so glad that 2nd grade is still young enough to be willing to wear goofy glasses to celebrate 100 days of school. The first and second graders all wore them to the all school assembly this morning.


And Noah was excited about flag raising (what they call t 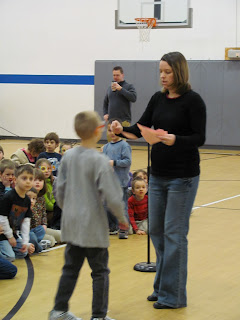 he weekly assembly) this morning as well. Since this month is healthy heart awareness month, they had an after school fun run on Tuesday. He stayed and ran with about a dozen other kids from the school. During the assembly they were called up one by one and received a certificate 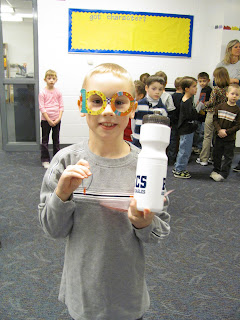 Followed by receiving his very own water bottle. He was one excited boy when I left to come home this morning. I hope it means he has a good day.


He had a couple of emotional days with another friend from school this week. I was glad that the teacher brought the two boys together and talked it out before anyone got hurt. I was proud of him for talking to us about the problem this other boy was causing, rather than acting out on it.

I guess it IS okay that he's growing up in some ways.

Have a good weekend.
Posted by Kristi at 6:53 AM

I like you blinkies... maybe I need to get some of my own...

Growing up is such a process huh?
have a great weekend...