So I've had lots of serious type posts lately. Ones that actually meant something.

This isn't going to be one of those. But I am still asking for advice.

I am probably one of the 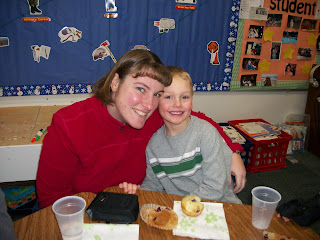 least fashion conscious women you will ever meet. I am wearing some of the same clothes I had in college and I don't stray far from what will sufficiently blend me in with society. Same goes for my hair. I am going to be 29H next month (I went to letters at 30...do the math if you wish) I have had bangs for all of those 29H years. When I was younger, my mom always called me a nerd, so I don't think I ever got out of that mind set. Now that I'm heading down the road to 40, I think it may be time to try to alter my self image a little and feel better about myself. The weight loss has been stalled ever since my back injury a few weeks ago and I am hoping to get back into the soon when things slow down a little. But I wonder if I can make a different change now.

About two weeks ago when I went to go trim my bangs, I wondered what would happen if I actually grew them out. For the first time. Ever.

I have a nasty cowlick tha 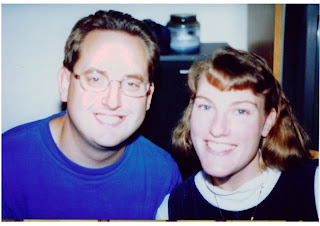 t has always gotten in the way. I even tried parting my hair in different places when I was younger, but the cowlick never quite let me succeed. When I was a teenager, I did the 80's flip, curl, and spray and stuck them straight up in the air. After a few years in college, I went back to cutting them straight across and curling them under.


And they have been that way for 15 years.

So now I think it's time for a change. Here's where you come in.

My bangs are getting a little longer. I got the rest of my hair trimmed with layers to try to even out the look while the bangs are growing out. My stylist told me to just blow dry them to the side while they're growing. And that's what I'm doing.

I googled "growing out bangs" online last night to get some ideas of how to deal with them during this process. Since I have no idea what is "trendy" and what is "babyish" I don't even know which kind of "accessories" they are referring to that they said are going to be my best friend during this process.

And it was even more discouraging to hear that since hair only grows a half inch a month, they might still not even grow out until next year.

I am actually excited about the change. I have an idea in my head of what the final product will be but I can already see the funny looks I am getting from some of my piano students when they come into lessons and see how different my hair looks. Believe it or not though, my husband actually complimented me on it the other night. I think I will like it. But it sure is a big question to me about what it ACTUALLY looks like, versus what I think it looks like.

So I ask you....have you ever grown out your bangs? Do you have any suggestions? Which accessories are appropriate for a 29H year old woman? Is it even worth it?

But I need help with what to do in the meantime. Do I throw it back in headbands? How much do I clip back? At what point do I cut the rest to match the longer bangs.

So, I told you this was going to be a conceited post. I know that you who are reading this are dealing with REAL problems. As a matter of fact, I am too. But sometimes it's okay to be more light hearted as well. And I really do welcome any help from those of you who've been through this. And you can even tell me if you tried it and then gave up and cut them off again.

I say go for something different if that's what you want! Although I've tried growing my bangs out and have discovered that I am just not the kind of person who can pull off that look, lol. I think it's fun to try though. :)

I'm about as fashion-limited as you are though, so I'm no help on the rest of your questions. Maybe ask the stylist again?

I am so the wrong person to give advise. I've always struggled with the same. Right now I"m growing my bangs out as well and I just use a small plain barrette to pull it out of my face. Headbands also work and you can actaully find more grown up ones out there these days. Good luck.

I always had short hair and bangs growing up, because that's how my mom wore her hair and I don't think she ever knew how to style longer hair.

When I went off to college I couldn't afford hair cuts so my hair grew longer and my bangs eventually grew out. Boy was that a pain in the neck. It took a lot of patience.

I'm not an accessory kind of gal since my hair is so fine that most clips and pony tail holders won't hold it back. Headbands give me a headache. They make bobby pins that are decorated with sparkly little baubles now that I use every now and then - and I'm a few years older than you, also with brown hair. So you could use those to pin them back until they grow long enough to tuck behind your ear.

I wear a longish bob now and every now and then get some long layers added in - but I am never going back to bangs. Not after how long it took to get rid of them. It is much easier to style without them I think. And you have more options.

I've got a bit of a cowlick myself and I've just learned to put in some de-frizzer cream which helps to keep it smoothed out (not greasy).

I am excited to see the new you. It will be so worth it!

My only two cents to add is--
I recently purchased a flat iron and it's amazing what a flat iron will do to your hair... mine is thin and fine... and wavey in parts. If I add some gel or pomade to my hair when wet ...then I blow dry straight-- then next I use the flat iron..(but not to high of heat...) My hair ends up longer and straighter... maybe that might be some way to make the growing out of the bangs less of a pain.

Some times I use headbands, but they bother my head also, so I put them on when my hair is wet and then I blow dry... and take out the headband when the hair is mostly dry... I hope any of this helps... :)